Whitney Houston was at the height of her career when she exchanged nuptials with R&B “bad boy” Bobby Brown. The celebrity couple would spend more than a decade together and have one daughter together, Bobbi. Their relationship would allegedly be torn apart by drug addiction, infidelity and domestic abuse. But on their big day back in 1992, the pair appeared beyond loved-up and the epitome of happiness. Whitney’s wedding dress reportedly cost $40,000 (£31,000) at the time and now the long flashy four piece ensemble has come up for auction.

To many, the couple Whitney Houston and Bobby Brown seemed like an unlikely pairing.

She was a “squeaky clean” choir girl who had become an international singing sensation and him a notoriously known “bad boy” band member.

But the ‘I Will Always Love You’ star fell for the performer while watching him dance at the American Soul Train Music awards in 1989.

Whitney reiterated her feelings about him in the same interview, commenting: “I love him and he loves me, and that’s what matters.” 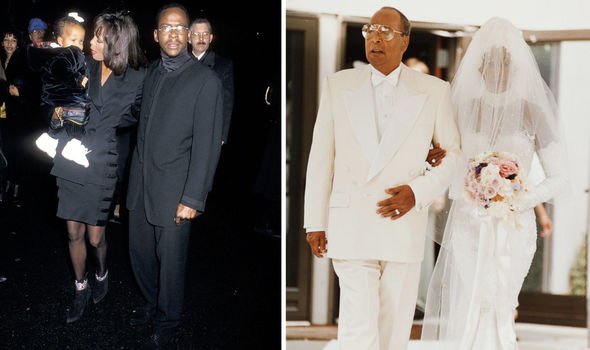 On July 18, 1992, Whitney and Bobby celebrated their declaration of love with 800 well-wishers on her Mendham, New Jersey estate in the US.

The extravagant celebrations were held in a large white gazebo with purple flowers and dance-floor – chosen as it was the bride’s favourite colour.

JUST IN: Tupac Shakur: How rapper was shot before his conviction unearthed 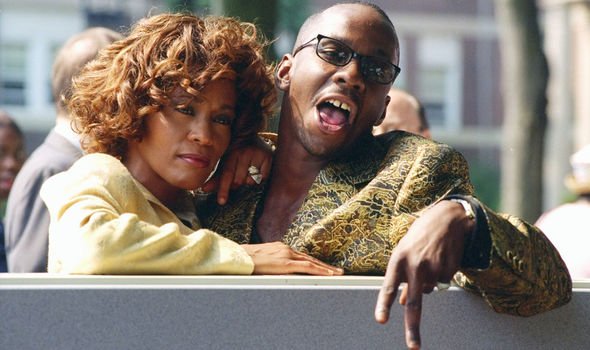 Whitney’s stunning custom-made wedding dress has recently been listed at Heritage Auctions with an estimate of $7,000 (£5,500).

Marc Bouwer designed the piece under the singer’s instructions of wanting a “fitted gown, but one that was not revealed with a traditional veil”.

Garry Shrum, Director of Entertainment & Music Memorabilia at the auction house, gathered a snapshot of the day from Whitney’s family.

He told Express.co.uk: “She was very excited on her wedding day and everything was going so well for her, she was at her height of her career at that point.

“Everything she put out went gold and platinum, she had a big success with that movie [The Bodyguard] with Kevin Costner – all that stuff had been so great for her.

“It’s great to have the wedding dress, gosh it’s gorgeous, and sure it cost a fortune. People can buy it for much less than it cost her.” 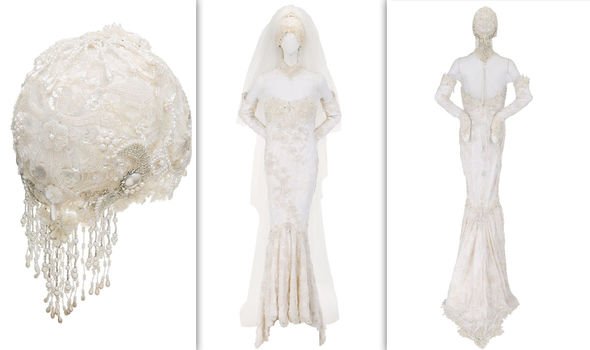 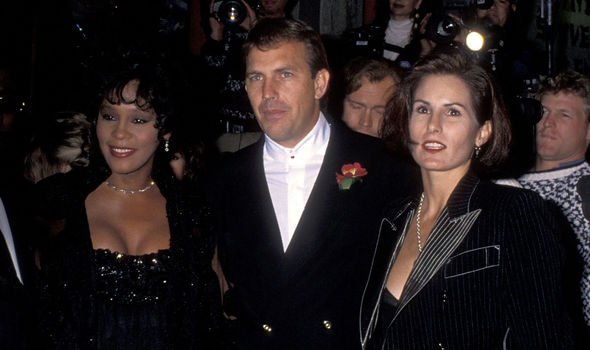 Whitney Houston has just became an international star with the film ‘The Bodyguard’ (Image: GETTY)

But as time passed their relationship deteriorated and the pair split up in 2005 before getting divorced two years later.

At that point, Whitney was battling drug addiction, which her family claims was brought on and worsened by Bobby.

Mr Shrum told Express.co.uk: “He was a black sheep in her life and brought her to a lot of places where she was hanging around with a lot of bad people.

“It happens to so many people – whether it was John Lennon or Jim Morrison, people who got into popping pills and drinking.

“Once they force the scene on you and make it a regular part of your day you become trapped in that nightmare.”

Whitney was found dead in a bathtub in a Beverly Hilton hotel, in Los Angeles, on February 11, 2012.

Coroner’s chief Craig Harvey would report that the 48-year-old died of an accidental drowning due to medical complications including drug abuse.

He said: “We had approximately a 60 percent occlusion in the arteries, in the narrowing of the arteries.

“So, that condition, complicated by the chronic cocaine use, all combined to result in her drowning.

“The final cause of death has been established as drowning due to atherosclerotic heart disease and cocaine use.” 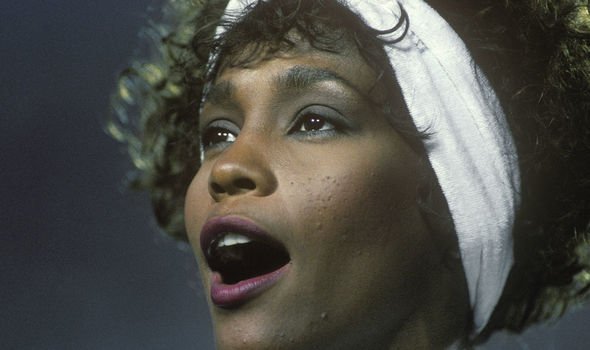 Whitney Houston was at the height of her fame when she married Bobby Brown (Image: GETTY)

Tragically Whitney’s daughter Bobbi was discovered face down in a bathtub in Alpharetta, Georgia, three years later – the same position as her mother.

She fell into a coma and would later be pronounced dead from lobar pneumonia.

Mr Shrum told Express.co.uk that in spite of the “horrible tragedies” to befall the Houston family they are fighting to keep Whitney’s legacy alive.

He said: “I have worked with everybody under the sun but they were so respectful of her and  us, together they were a wonderful bunch of people.

“I got to hear a lot of stories and have great respect for Whitney and not much for Bobby. She was such a special, special person.”

0 0 0 0
Previous : ‘Bloodshot’ Review: Shoot to Kill? Good Luck With That.
Next : Howie Mandel Heads To ‘America’s Got Talent’ In Hazmat Suit