Russian President Vladimir Putin, shown here earlier this month, declared a state of emergency on Wednesday in a region of Siberia after more than 20,000 tons of diesel fuel spilled from a power plant storage facility and fouled waterways. 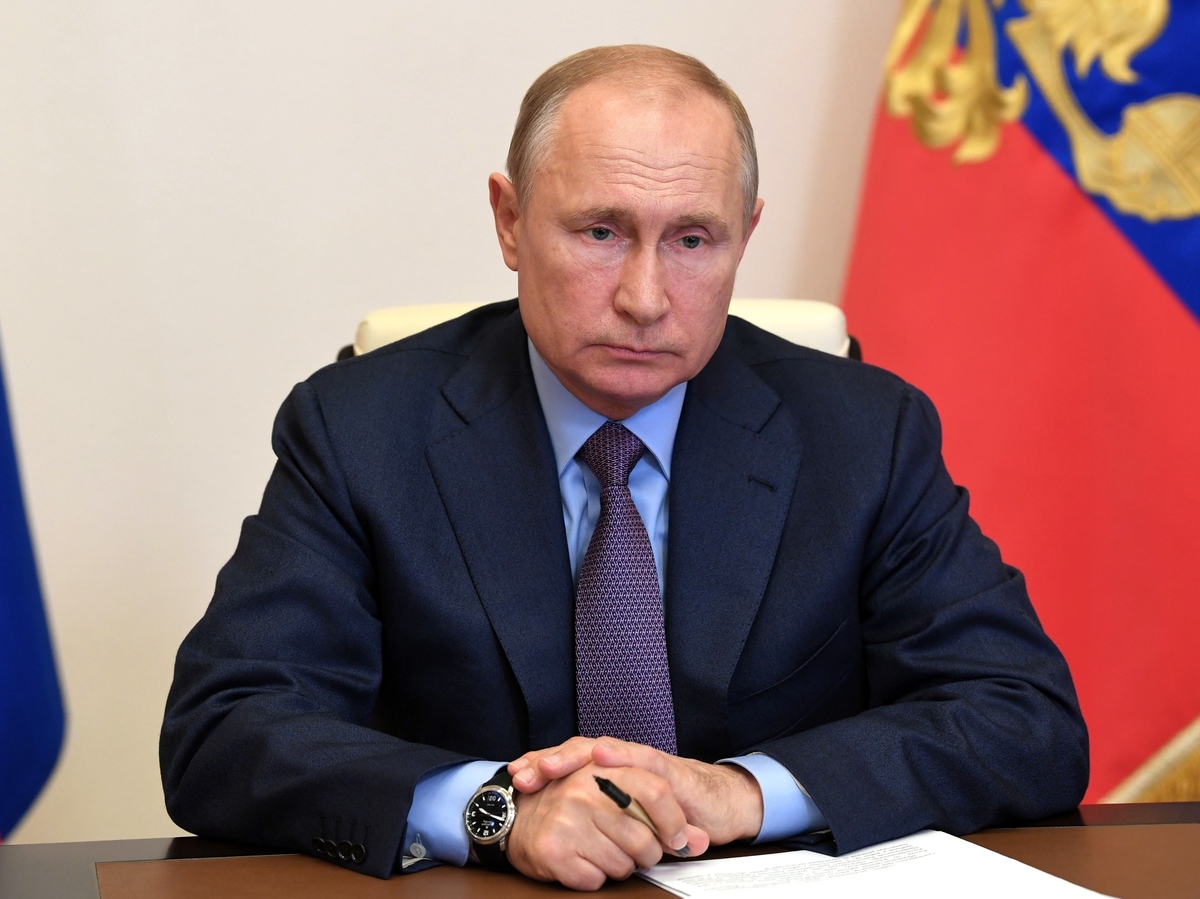 Russian President Vladimir Putin, shown here earlier this month, declared a state of emergency on Wednesday in a region of Siberia after more than 20,000 tons of diesel fuel spilled from a power plant storage facility and fouled waterways.

Russian President Vladimir Putin has declared a state of emergency after a giant diesel fuel spill in a remote Arctic region 1,800 miles from Moscow.

After the accident Friday at a power plant owned by Norilsk Nickel, one of Russia’s largest mining companies, Putin skewered officials for their sluggish response.

“Why did government agencies find out about this only after two days? Are we going to find out about emergencies from social media now?” Putin asked a Norilsk Nickel manager during a teleconference on Wednesday.

Of the approximately 23,000 U.S. tons of oil products that spilled into the environment, nearly 17,000 tons flowed into a river, according to Russia’s environmental inspection agency. By comparison, the volume of the 1989 Exxon Valdez oil spill off the coast of Alaska was about 39,000 tons of oil.

Norilsk Nickel, which insists it informed the authorities of the accident in a “timely manner,” says a fuel reservoir may have collapsed because of thawing permafrost below it.

Russian state television reported on Thursday that the spill has been contained with special booms on the Ambarnaya River.

A big problem is the remoteness of the location and its swampy terrain. Norilsk Nickel may need to build special roads to access the spill site, state television reported.

Norilsk Nickel will clear away contaminated soil and is sending special containers to collect the toxic mix of water and fuel from the river, the Interfax news agency reported, citing the company’s First Vice President Sergey Dyachenko.

Dyachenko said on state television that the fuel reservoir at the power plant may have collapsed because of thawing permafrost, a result of global warming and a threat to constructions across the Arctic region.

“By the nature of the cracks in the concrete and the collapse of the supporting columns, we believe something happened in the ground — possibly the thawing of the soil,” he said.

Dyachenko said the cleanup may take two weeks under favorable weather conditions but that the situation is “under control.”

Still, restoring the ecological balance in the affected bodies of water will take decades, according to Russia’s Federal Fisheries Service.

Environmentalists are criticizing the clean-up efforts on the Ambarnaya River.

“The booms that were set up will only collect an insignificant part of the pollution, so we can assert that almost all of the diesel fuel will remain in the environment,” Greenpeace Russia said in a statement.

Authorities are taking pains to show they will punish those responsible for the accident.

State television showed the head of the power plant where the accident took place being led to jail in handcuffs. He’s being charged with violating environmental protection rules and faces up to five years in prison.