Methane emitted by ruminant animals like cattle and sheep accounted for 34% of New Zealand’s greenhouse emissions in 2017. A flock of merino sheep on the country’s South Island are seen here in April 2017. 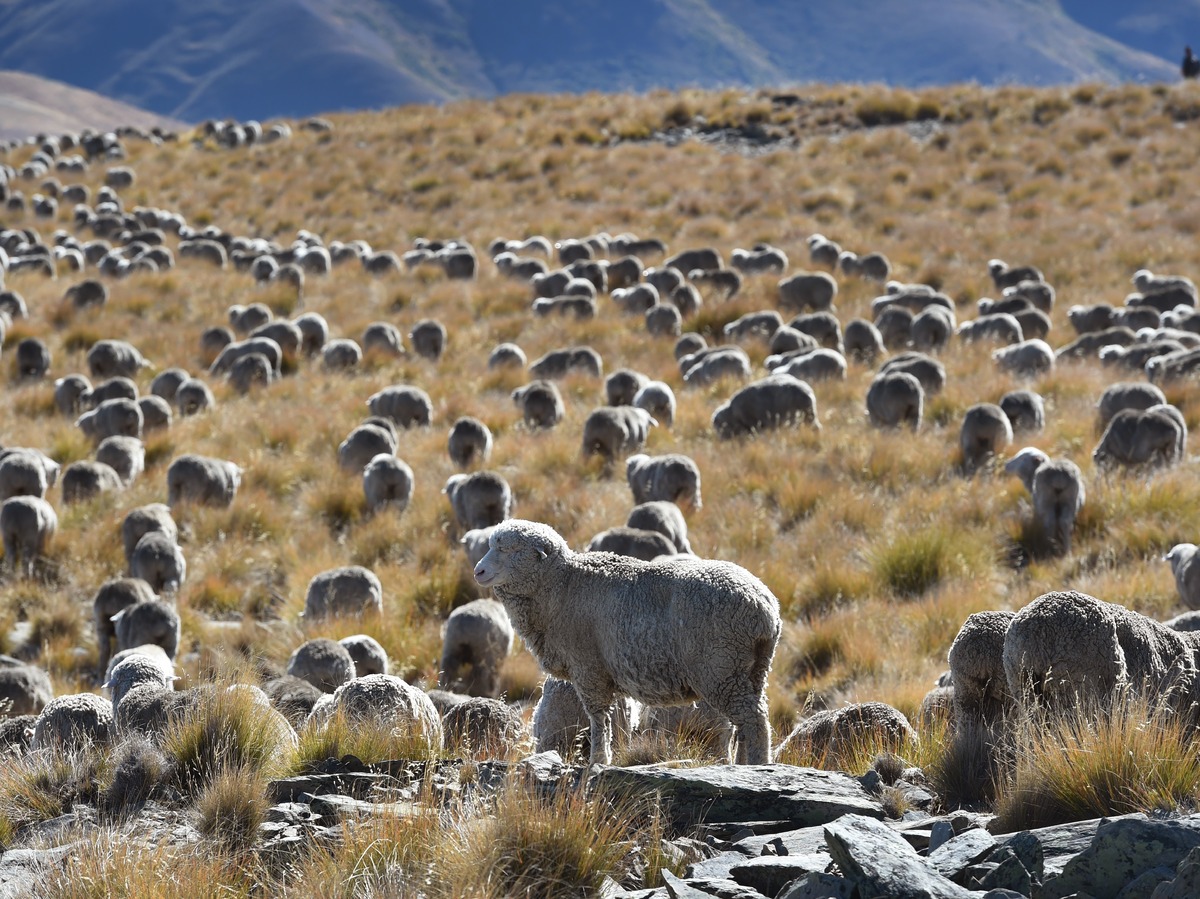 Methane emitted by ruminant animals like cattle and sheep accounted for 34% of New Zealand’s greenhouse emissions in 2017. A flock of merino sheep on the country’s South Island are seen here in April 2017.

New Zealand lawmakers approved a bill Thursday that commits the country to being carbon neutral by the year 2050. The measure, which passed 119 votes to 1, demonstrates the cross-party support that climate protection has in the Pacific island nation.

Prime Minister Jacinda Ardern thanked lawmakers for supporting the bill — and said she was grateful that in the past 10 years, Parliament had progressed from debating whether global warming is real to discussing what to do about it. 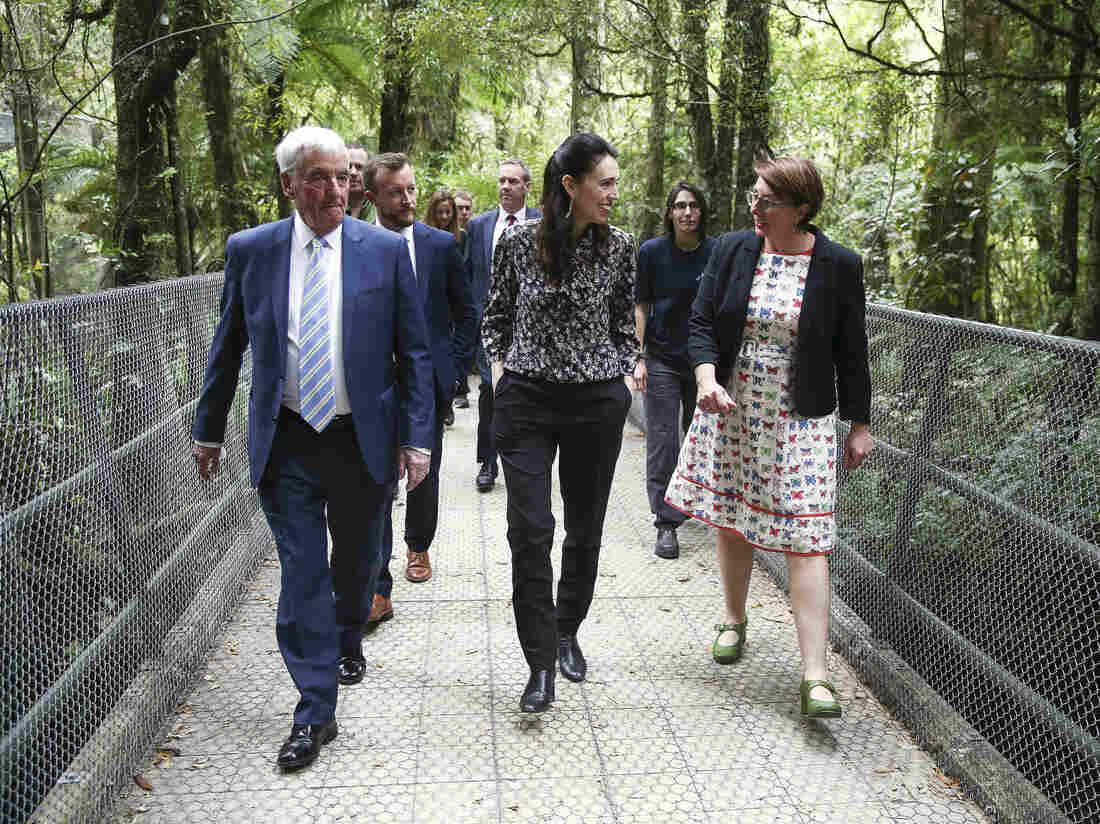 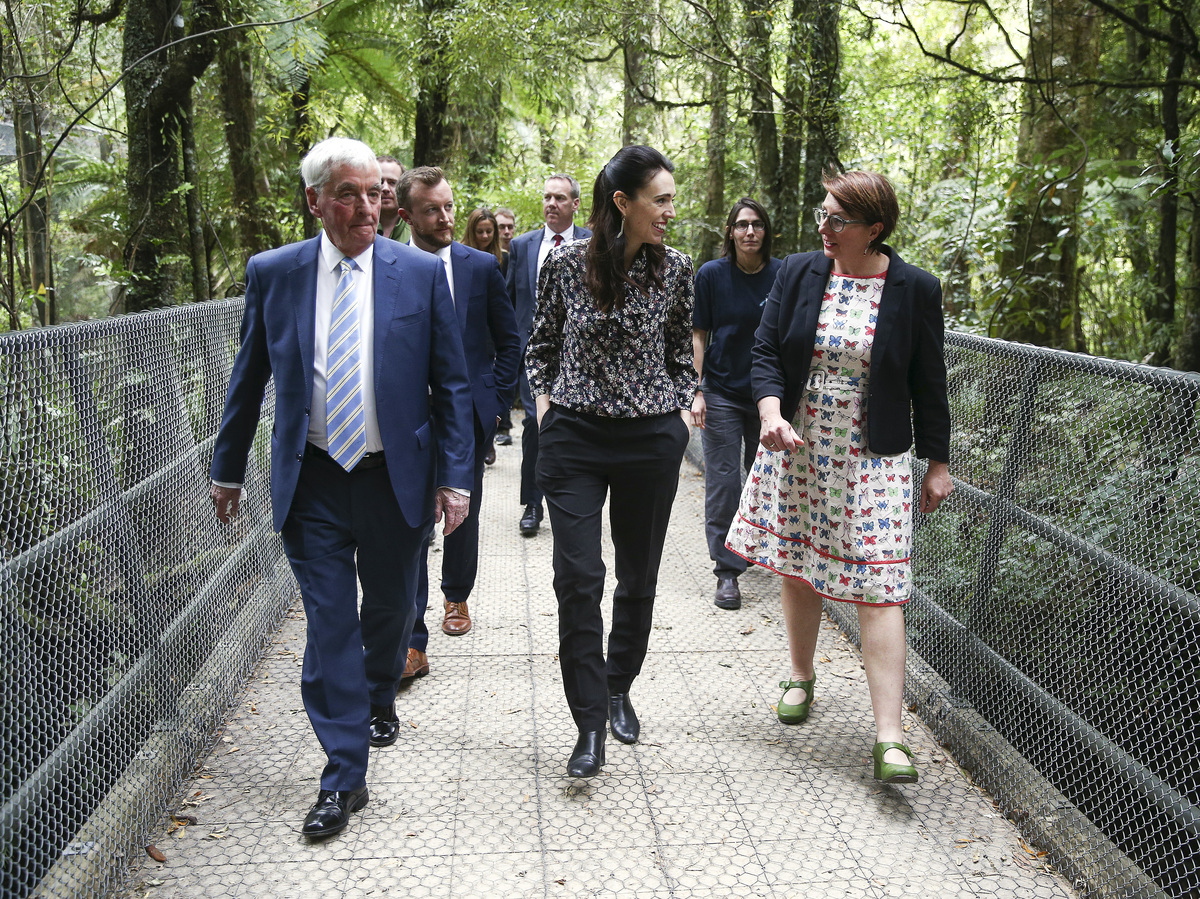 The Zero Carbon bill aims to provide a framework to implement climate change policies. It’s in line with an international effort under the Paris Agreement to limit the global average temperature increase to 1.5° Celsius above pre-industrial levels.

Its passage comes in marked contrast to the Trump administration’s declaration this week that the U.S. is formally withdrawing from the Paris deal. The U.S. is the only country to pull out of the pact, which was signed by 200 nations in 2015.

New Zealand’s bill sets an ambitious target: to reduce all greenhouse gases (except biogenic methane, emitted by plant and animal sources) to net zero by 2050.

The country is well-positioned to hit zero. New Zealand already generates 80 percent of its electricity from renewables, and that portion will be higher by 2035 as offshore oil and gas are phased out. The government is shifting its fleet to electric vehicles and is working to transition other vehicles to electric, too. The government also has restarted a program to subsidize home insulation and is putting $14.5 billion over the next 10 years into transit, biking and walking infrastructure. In addition, New Zealand has already committed to planting one billion trees by 2028.

But that methane loophole is actually a big deal.

Agriculture is the largest single source of greenhouse emissions in New Zealand, accounting for 48% of the country’s total in 2017. Methane emissions from ruminant animals made up 34% of its total emissions. So by putting those emissions in a separate bucket, New Zealand has made hitting its carbon goals a lot easier.

Ruminant animals like sheep and cattle release methane as they digest grass and other leaves. There’s no easy way to prevent this, but scientists have discovered that adding certain plants to the animals’ diet can cut the amount of methane they produce.

Dozens of countries have signaled that they intend to eliminate carbon emissions in the coming decades. In 2017, Sweden’s parliament voted to cut all greenhouse gas emissions by 2045. Costa Rica, Denmark, Fiji, France, Germany and the U.K. have all said they intend to achieve net zero emissions by 2050 — and the European Union is considering such a goal, though coal-producing countries such as Poland so far have refused to sign on.

In order to achieve those goals, countries must find ways to generate electricity without burning fossil fuels. In Scandinavia, that has meant investing in domestic hydro-power and wind, even as countries such as Norway continue to export fossil fuels to the global market.

Meanwhile, the world’s largest greenhouse gas emitters — China, the United States and India — have not made any zero-carbon national commitments. However, multiple U.S. states have, including California, Washington and New Mexico.

New Zealand nature advocacy organization Forest & Bird called the bill’s passage an important first step but says the work is far from over.

“Now we need concrete, urgent, climate action to save our most vulnerable native species and restore native ecosystems,” Chief Executive Kevin Hague said in a statement. “Increased fires, storms, and sea level rise could push our many endangered species over the edge.”

“But our native forests and wetlands also have enormous potential to absorb carbon and protect us from the worst effects of extreme weather,” he added. “The more we restore wild places and make them resilient to changing climate, the more benefit we’ll see.”