The Spaniard’s daughter Mia, who will be one on July 4, is testimony to the swift actions of doctors and nurses. As, too, is his partner, actress Gemma Atkinson, who made 2017’s Strictly final. Gorka and Gemma met on the show, announcing their romance on Valentine’s Day 2018. A year later they said they were expecting Mia.

The birth, however, was traumatic, by emergency C-section with Gemma haemorrhaging hours later. As a result, they have been clapping for our NHS heroes every Thursday.

Gorka said: “We don’t really appreciate the NHS as much as we should. They’ve always been amazing but now it’s more noticeable – when we had Mia it was very dramatic and they were so helpful.

“Without them Mia wouldn’t be here and Gemma wouldn’t have been safe. Mia can already clap, so every Thursday at 8pm we’re outside clapping with her.”

Gorka Marquez has spoken out about his love for the NHS (Image: CHILLI MEDIA)

Meanwhile, as Britain begins a slow return to normality, the question is whether Strictly Come Dancing will take place – and even if it does, will it be the show we know and love?

There are rumours there will be no studio audience, Blackpool Week cancelled and suggestions that dance partners may have to isolate together while they train for the series, which usually kicks off in September.

Gorka, 29, who’s been on Strictly since 2016, said: “Let’s use positive energy to make it happen. Everyone is doing everything they can, and we have three or four months to go. Fingers crossed it will be fine.”

Dancers are keeping in shape after Strictly Come Dancing: The Professionals Tour, which should be on now, was postponed until 2021.

Gorka says he’s definitely “part of the show” when it returns although it’s too early to know more. Who would be his dream partner?

“It would be Mia but she’s only a baby at the moment,” he says. “She’ll be great as I’ve been teaching her every day. She has rhythm, every time we play music she starts to dance.”

Meanwhile, the professionals are in daily contact, swapping gossip and recording birthday messages. “We are like a big family, it’s so much fun,” he laughs. “Every year it gets better and better. On day one everyone was very welcoming and so friendly.

“We are really competitive but we support each other when we need anything. 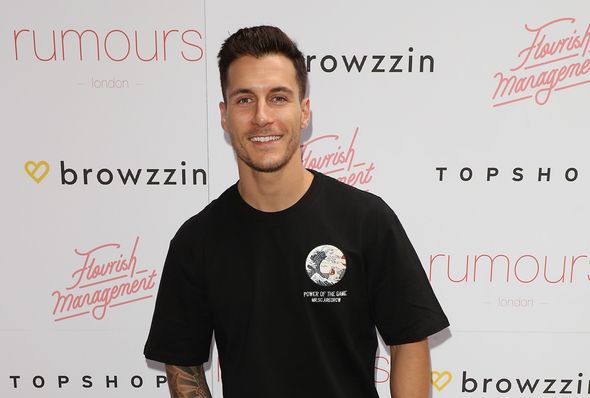 Gorka Marquez has been on Strictly since 2016 (Image: CHILLI MEDIA)

“We’re making videos for people with birthdays. We have a group chat and we’re all messaging each other. I FaceTime with Giovanni, a few weeks ago I was doing a live show with Jeanette and I work out with Karen.”

Actress Michelle Keegan has ruled herself out, but plenty of names are linked to the show, such as Stormzy’s ex, the TV and radio presenter Maya Jama, and last year’s injured dropout, Made In Chelsea’s Jamie Laing.

Even though Gorka was disappointed over the Strictly Professionals tour, he’s loved spending more time at home, near Manchester.

“It’s been a hard time for a lot of people, but I’m trying to enjoy this. In the two and a half years that I’ve been with Gemma, this is the most time we’ve spent together.

“People ask, ‘How are you coping locked up together?’ We’ve loved it. We’ve been making fun videos, we cook, bake and play with Mia.

“We’ve had ‘beach’ days with music in the garden. I’ve been spending the day with Mia 24/7, and see her change and grow every day. It’ll be hard for me now when I have to go away again or do a show because I’m used to being with her and putting her to bed.” 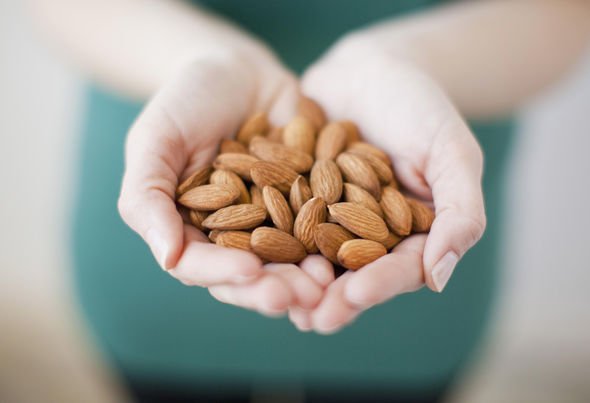 Gorka’s also part of the Do You Almond? campaign (Image: PA)

His family were due to fly in for Mia’s birthday, but now that won’t be possible. “We were going to have a family celebration, but now we know no one will be able to fly in and out as they have to spend two weeks in quarantine. I’d have to fly my mum two weeks in advance. If lockdown is over our family in the UK can come. If not we’ll have a party and get family to say happy birthday from a distance.”

At the height of Spain’s crisis Gorka feared for his parents in Bilbao. “It was difficult but they are fine. I’m missing them but no more than I used to. For Gemma it’s harder as she’s used to seeing her mum every couple of days.”

While the couple have been cooking together, they’ve avoided the dreaded lockdown weight gain. “I do a lot of training,” he says. “In the morning I do some workouts.” Gorka’s also part of the Do You Almond? campaign promoting the health benefits of the nuts.

“People worry that they’re high in fat, but it’s good fat, like avocados or olive oil,” he says.

The couple make full use of the gym in their garage, posting dance routines on social media.

“Dance is a positive thing so I thought, ‘why not keep giving this happiness’. We mix routines with basic exercises so everyone can follow. Thanks to Strictly, people love dancing.”

● For Gorka’s part in the Do You Almond? campaign see @gorka_marquez on Instagram https://www.instagram.com/p/CAuPaBNHKuv/

0 0 0 0
Previous : It’s not just Trump — Twitter fact-checking thousands of tweets, many about coronavirus – National
Next : Coronavirus: The mystery of asymptomatic ‘silent spreaders’